The Classics "Dj Mix by G.Mitchell aka Soul Saver" 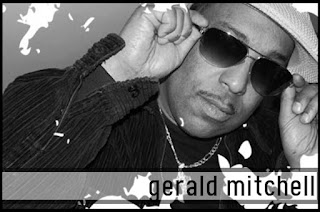 Los Hermanos was originally a collaboration between Gerald Mitchell, Dj Rolando and Mike Banks of Underground Resistance. They raised the standard and destroyed the boundaries between Techno and House by fusing the funk and soul of Detroit Techno with the feel of latin rhythms and melodies after Rolando’s Departure to pursue a solo career, Gerald moved Los Hermanos in a slightly different direction without sacrificing any of the sound individuality or quality. Gerald Mitchell born and raised in Detroit’s West Side is a Musician Producer Dj, Band Leader, and Sonic visionary whose music has made a huge impact on Detroit house and techno.
From his early work on Underground Resistance's Interstellar Fugitives (UR 044 aka Soul Saver) project to his Celestial Highways classic on Metroplex and early house productions on Soul City records 1997,1998 distributed by 2030 submerge. his music has always been recognized by it soulful strength. Gerald’s work with Underground Resistance/ Mike Banks and Dj Rolando led to the anthem 'Knights of the Jaguar; and now he has brought his experience as a live musician into a group that expresses jazz fusion, gospel and funk into stunning electronic music worldwide know as LOS HERMANOS. for discography www.discogs/loshermanos After the release of the album “On Another Level” and international tours as Los Hermanos Live, Gerald has begun his solo career with a new project ready for release late fall 2010