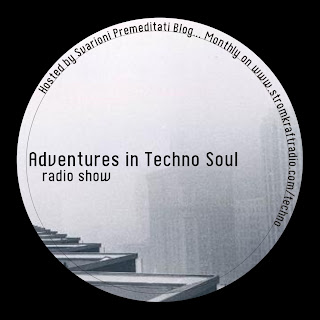 Sonics' microcosm, digital snapshots,neon signals and noise's fragments who come from radios or dismissing factories....
Once more landscape will obtain meaning * the immaterial, the spirituality and electronics are synonyms * Adventures in Techno Soul is borned during a nignt of discussion, plots of past experiences, sharing intents …. in 2 words : TECHNO MUSIC
a new monthly appointment on stormkraft radio ….. a new rhizome to decline a new immaterial geography made on comunication between tribes of people who think the techno music.... 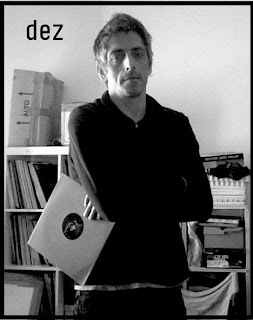 Dez aka Davide Rovito, is a veteran of electronic scene since 1990. he developes his attitude with “passaggi e mutazioni” a multimedial performance focalized on the social meaning of art in the underground culture. after that he lives for two years in london where plays and collaborates with “the institute of goa”, few years later starts the random/noize project with ilic and in '96 comes the first release on marco carola's design label. from '96 to '98 he is a “!livello 57”'s resident dj in bologna, where davide and ilic begin to perform their liveset.
After Bologna's period he opened with random/noize two techno-oriented labels: “informale” and “de styl”, and later on participated in another minimal techno project with mario masullo, ilic and terrae launching “defrag”, label & booking. In 2008 Dez move from Napoli to Milano where he lives till 2011, working with with Electronix Network Distribution.... now is back in Napoli collaborating with label such as Etichetta Nera and relaunching Defrag.